Plant-based alternatives to dairy milk have become much easier to find in recent years and there are loads of options to choose from. Whether your considerations are ethical, environmental, health, or a combination of these, there is a great plant-based milk to suit your needs.

While is widely accepted and well documented that plant-based alternatives to dairy/cow’s milk are significantly better for the environment, not all plant-based milk options are created equal.

Here, we look at some of the most popular options and how they compare in terms of nutritional value and environmental impact.

There are pros and cons to both dairy milk and plant-based milk in terms of their nutritional value. Some people have no choice when it comes to the milk they can have due to allergy or intolerance but others need to look at the nutritional value of the milk they choose within a holistic view of their broader dietary needs, overall health and lifestyle.

Most plant-based milks are fortified with vitamins and minerals, notably calcium and Vitamin D, which make them on par or even superior to dairy milk. However, dairy is usually higher in protein and fat than plant-based alternatives.

The table below gives a snapshot comparison between dairy/cow’s milk and unsweetened plant-based milk alternatives:

It must be noted that nutritional values differ from brand to brand and between sweetened and unsweetened options.

In terms of environmental impact, plant-based milk is by far the better option. The most well understood documented metrics for evaluating environmental impacts are greenhouse gas emissions (carbon dioxide and methane), land usage and water consumption.

In terms of these, dairy farming uses substantially more land and water and produces by far the most greenhouse gases. Compared to all types of plant-based alternatives, dairy farming ignorantly more detrimental to the environment.

However, plant-based milks are not without problems of their own, when it comes to the environment. Factors such as food miles, deforestation, water consumption, and ecological impacts to surrounding ecosystems all need to be taken into consideration too.

These issues are complex and difficult to quantify as they vary between geographic locations and between different farming and processing methods. However, in some cases, they’re quite straightforward and we have provided some information on these for each of the options listed below.

Check out this short video from the BBC on veganism, which touches broadly on some of the issues noted above: 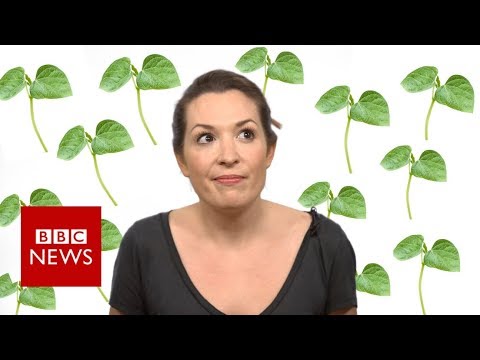 The texture of Oat Milk is quite thick and creamy, compared to other plant-based milks. It has a slight Oat-y flavor and is naturally quite sweet.

Oat Milk is quite a great option for environmental impact. Oat farming uses the least water of all plant-based milk alternatives and when compared to dairy milk, the differences in environmental impacts are impressive – 80% less land, 60% less energy and 80% less greenhouse gas emissions!

Oats are also grown extensively in the US and Canada, so their impact on sensitive tropical habitats is minimal and your food miles are likely to be quite low (depending on where you live). Soy Milk has quite a strong legume-y flavor and tastes a lot like Soy Beans. The texture is thicker than most nut milks. Soy milk is higher in protein than most other non-dairy milk options.

Soy Milk uses less water to produce than many other plant-based milk options ( and less than 10% of the water required to grow Almonds). As a legume, Soy Beans also ‘fix’ nitrogen in the soil, reducing the need for nitrogen fertilizers.

However, the drawback to Soy Milk is the amount of land required to grow Soy Beans, which has been linked to deforestation in South America. Almond Milk has a very mild and slightly nutty flavor. The texture is very light and thin. Almond milk is quite expensive compared to other plant-based milks but it is a very popular option and is widely available.

Almond Milk is more or less the same as other nut milks in terms of land use and greenhouse gas emissions.

However, the major drawback to Almond milk is the amount of water used to grow Almonds – it is estimated that a single Almond nut grown in California, where over 80% of Almonds are grown, requires 3.2 Gallons of water! Water diverted to irrigation for Almond farms is putting a strain on surrounding ecosystems and has had some devastating effects on Bees. Peanut Milk is made from Peanuts which are not actually nuts but legumes! Like Soy Milk, it is high in protein and has a thicker, creamier, consistency than nut milks. The flavor is also quite strong.

Similar to Soy, Peanuts are a legume and do not require Nitrogen fertilizers.  They use substantially less water than nut milk but they’re also a land-intensive crop. However, a large percentage of Peanuts are grown in the US, reducing potential food miles and lessening impacts like deforestation in the Amazon. Coconut Milk has a strong Coconut flavor and a thick, rich, creamy consistency. The distinct Coconut flavor limit it’s versatility in terms of cooking and beverages but is a very popular choice for anyone with allergies to Dairy, Soy, or Nuts.

As a crop, Coconuts are low impact as they do not use a lot of water and the trees do not need to be cut down after each harvest, which reduces the strain on soils. However, they only grow in tropical regions these areas are under pressure to meet international demands. Coconut farming has led to large scale deforestation of rain forests and widespread exploitation of labor. Sesame Milk has a strong and somewhat nutty, bitter, flavor so many store-bought options are sweetened. Nutritionally, it is comparable to dairy and Soy milk. The texture is smooth and creamy.

Sesame seed farming is associated with relatively high water use and Co2 emissions, compared to other plant-based milks. However, the bulk of sesame seeds are grown in Tanzania and the impacts to land, soil, deforestation and surrounding ecological areas is quite low. Rice Milk has a thin texture and a slightly sweet taste, with a faint rice flavor. It is great options for people with allergies but it contains no protein.

Rice farming utilizes a lot of land and water compared to other plant crops. However, the biggest environmental concern with Rice is greenhouse gas emissions, which are higher than any other plant crop. The gases emitted include carbon dioxide, methane and nitrous oxide. As far as plant crops go, the environmental impact of Rice is quite high.

Conclusions and Our Two Top Picks

The best choice of plant-based milk depends on your specific needs in terms of nutrition and health restrictions like allergies. When it comes to environmental considerations, no option is impact-free, however, you can always minimize the impacts by:

Of the plant-based milks on this list, our top picks are:

Oat Milk is one of our top picks because it is widely available, many options are fortified and it contains a relatively high amount of protein. The taste and texture are nice and it is a versatile option for drinks and cooking.

In terms of environmental considerations, it is one of the best options due to low water requirements and low greenhouse gas emissions. It also grows in areas that are less sensitive in terms of habitat and does not contribute to the deforestation of tropical rain forests. What’s not to love!?

Soy Milk makes our top picks because it is such a great option in terms of nutritional value, is widely available and a long-standing popular option.

At one point, Soy had a bad reputation due to concerns that the plant’s natural phytoestrogens could lead to an increased risk of certain cancers, however, this has subsequently been disproved and some studies show that Soy could actually have protective properties against cancers like breast cancer.

In terms of environmental impact, the biggest concern is the issue of deforestation in South America. This is a real concern but one that can be mitigated by choosing certified brands that use organic Soy beans that have not been grown in these areas. A little research can go a long way here and supports the farms and organizations taking a stand against bad practices.

Harvard Health Publishing: Plant milk or cow’s milk: Which is better for you?

Edible Brooklyn: Which Plant-Based Milk Is Best for the Environment?

The Conversation: Which ‘milk’ is best for the environment? We compared dairy, nut, soy, hemp and grain milks

B Corps: Certified B Corporations

The Guardian: Almonds are out. Dairy is a disaster. So, what milk should we drink?

Which plant-based milk has the most protein?

Soy Milk, Peanut Milk and Sesame Milk are plant-based options with high protein content. Check the full guide for comparisons with other plant-based milks and cow's milk, as well as more nutritional info.

Is plant-based milk the same as vegan milk?

Is plant-based milk better for the environment?

Yes! Across the board, plant-based milk options are better than dairy/cow's milk for the environment. They use less water and land and produce less greenhouse gasses. However, they still have their drawbacks. Read the full guide to learn more about these and how to minimize them.