Overpopulation solutions have become a focal point at the intersection of a wide range of interest groups, from human rights to environmental impacts and climate change.

As human population numbers continue to boom globally, concerns are over the impacts of overpopulation on the natural environment, finite and renewable resources, and environmental degradation have escalated to unsustainable levels.

In this article, we briefly discuss overpopulation, the numbers, and observable trends, the impacts of overpopulation on the natural environment, and some of the solutions to overpopulation that can mitigate these negative impacts.

Read on to learn about some of the solutions to overpopulation and how you can make a difference, today!

Overpopulation occurs when there are more people than the planet can sustain and our needs outstrip the carrying capacity of the earth.

In ecology, carrying capacity refers to the number of individuals in a specific region or habitat that can be sustained in that area, without the loss of lives due to insufficient resources like food, water and shelter, and without irreversible degradation of natural resources.

In simple terms, overpopulation leads to a situation where resources are depleted quicker than they can renew themselves naturally, which leads to fewer resources and in turn a limitation on the number of lives that can be sustained.

This can also result from overconsumption, which often goes hand in hand with overpopulation. Overconsumption refers to the use and depletion of resources at a rate that outpaces the ability to replenish those resources. Even smaller populations can consume too much, too quickly, if how they’re using resources is unsustainable.

Have a look at the video below, by Data is Beautiful on YouTube, for a nice visual representation of how the numbers change over time: 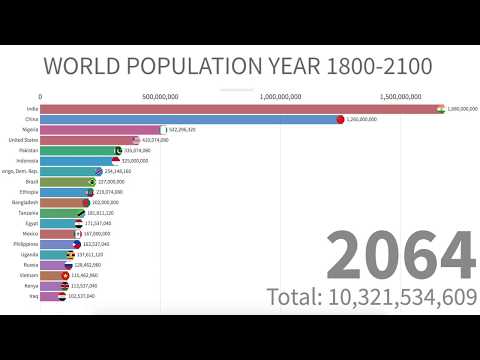 Overpopulation is the result of too many births and too few deaths, low emigration and high immigration in a specific area. Globally, overpopulation is caused by rapid population growth due to advances in medicine and technology leading to fewer mortalities and longer lifespan, poverty, lack of education, and restricted access to birth control and family planning.

However, how this came about is more complex:

There are many, interrelated, factors that lead to overpopulation but there are two major factors that play a crucial role in the scale and rapid rate of our population growth:

Advances in medicine have led to fewer deaths from diseases, especially diseases that once took large numbers of lives in short periods, like smallpox and polio.

The result is fewer people dying but also longer life expectancy, which means that as new generations are born, preceding generations are still present and the overall population size increases faster.

Advances in technology, especially in agriculture, have led to our ability to feed population numbers that were thought to be impossible as recently as the 1960s. In 1968, American biologist Paul Ehrlich wrote ‘The Population Bomb’, in which he stated that “in the 1970s hundreds of millions of people will starve to death…”.

His theory was that population growth would outstrip our ability to feed the population and everyone would starve to death.

However, in the late 1960s the ‘Green Revolution’ took food production to levels never seen before and the global population continued to grow.

The video below, by BBC Earth Lab on YouTube, gives a brief overview of the population boom and how we got where we are today: 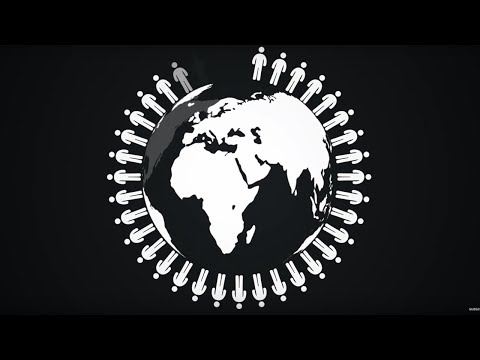 Effects of Overpopulation on the Environment

Overpopulation and overconsumption are closely linked to negative environmental outcomes.

There is now no part of the earth that is not affected in some negative way by human activities. This is magnified by the ever-growing demands our ever-growing population places on the planet.

Effects of overpopulation on the environment:

The video below, by The Guardian and Sir David Attenborough on YouTube, briefly covers the impacts of human activity on the natural environment, as amplified by overpopulation: 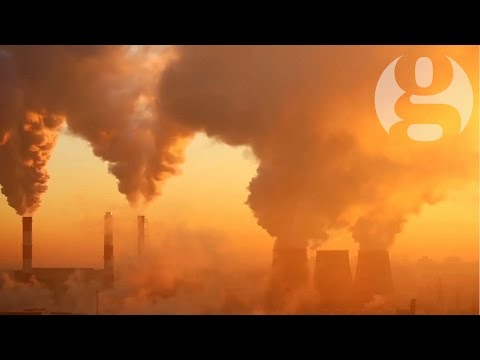 Overpopulation has no simple (or at least simple and ethical) solution. There are differing theories about how to tackle the problem and different approaches or viewpoints.

Some see population as a problem that is gradually solving itself due to demographic transition, where populations tend to have fewer children as their economic and educational circumstances improve, and advances in education and female economic empowerment that allow women to choose if and when they will have children.

Others feel that the solution to overpopulation lies in more proactive measures like economic incentives to have fewer children or regulating the number of children allowed per family. These kinds of measures quickly lead to social and ethical considerations that are difficult to solve.

Mitigating the impacts of overpopulation is perhaps a simpler route to take for individuals who are not responsible for things like government policies.  On an individual level, there is much we can do to support a decrease in birth rates and a shift away from overconsumption.

These are 6 overpopulation solutions and things you can do, today, to support the earth as it tries to sustain our ever-growing numbers:

#1: Support Education for Women and Girls

Numerous studies (such as this one by Harvard Health Review) have shown that there is a direct and significant link between improved education for women and girls and a lower reproduction rate.

The Harvard study cited above states that “case studies of improved secondary education for females offer hope for the future. A 1998 study of Niger discovered a 31% decrease in fertility rate among women who had completed secondary school. A comparable 1997 study in Yemen found a 33% decrease”. These findings have been echoed over and over again.

Supporting the education of women to at least secondary school level is a definitive impact on reducing birth rates. It also improves the spacing between children and improves the health and quality of life for those children.

This has a knock-on effect, where the children of better-educated mothers are also more likely to be educated themselves.

#2: Support Initiatives that Provide Education and Access to Family Planning

Accurate, factual and unbiased education for children, adolescents and adults about reproduction, sexual health and consent are essential to reduce the number of unintentional births that occur each year.  Approximately 40% of pregnancies are unintended, which translates to around 85 million unintended pregnancies per year. Easy, affordable, and reliable access to contraceptives and birth control is a major factor in preventing unplanned births and is one of the stronger overpopulation solutions.

Improved education improves the use and efficacy of these but they must be available and accessible.

In poorer countries, access is lacking and leads to millions of unplanned births every year.

The impact of planned families can also be reduced by using eco-friendly baby products, like biodegradable nappies and non-synthetic wet wipes. Small changes can have a big impact on your impact!

#3: Invest in and Support Responsible and Innovative Agriculture

Agriculture is responsible for 80% of global deforestation, biodiversity loss, habitat loss, soil and water pollution, and even desertification.

From poorly managed small farms, overgrazing and logging to huge commercial farms that exploit local water supplies and encroach on natural habitats, the environmental impact of agriculture are huge.

Responsible farming techniques, education and pressure from consumers can go a long way to improving this. However, if we want to keep producing enough food for a booming population, we need to start thinking differently about food production.

Check out this incredible video by Freethink on YouTube about how the Netherlands produce food: 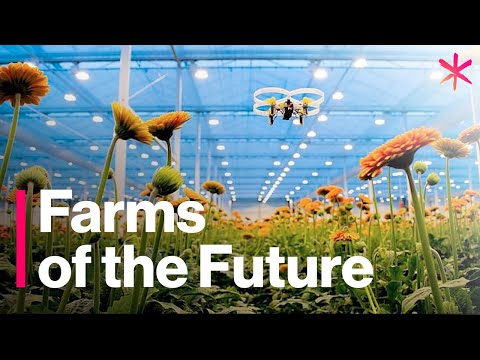 Their reduced physical footprint means that more food can be produced using less land, which negates things like habitat loss and deforestation for agriculture.

This video, by DW Planet A on YouTube, shares an interesting perspective on how consumption and overconsumption: 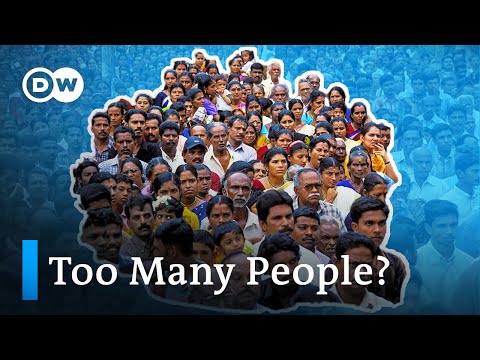 Choose to consume less. Responsible and thoughtful consumption can drastically improve the ecological footprint of every individual and every industry.

From energy, fuel and transportation choices to the kinds of food you buy, and the clothes you wear. Choosing zero-waste toiletries, like shampoo and conditioner bars,  natural soaps, and zero-waste toothpaste, plastic-free deodorant and switching to more sustainable cleaning products, like eco-friendly laundry detergent and zero-waste dish soap, is also a good way to lower your environmental impact. There are always better options available.

Research your products and the companies that supply them and then support the ones that put the environment first. Look for companies that use renewable resources, that farm or manufacture sustainably and that use ethical labor practices.

One of the biggest sources of environmental degradation and pollution is energy production from fossil fuels. Overpopulation solutions are lacking and incomplete if they do not include changes to energy production.

Coal and oil are finite resources and their overexploitation is not sustainable. In addition, the process of using them for power and fuel generates massive water pollution, land degradation and air pollution. Choosing to buy and support renewable energy resources like solar and wind power makes reduces the footprint of your energy consumption. It also supports the shift away from fossil fuels at a larger scale when governments and industries see the buy-in of consumers.

Supplement your power needs using solar or wind power. Choose to support the businesses that do the same. Support the renewable energy wherever you can – be it by voting on policies, investing in the industry, or simply choosing to use it when it becomes available in your area.

Zero-waste is a trend that has proved it is here to stay. But you don’t have to go full zero to make an impact! Any measures you take to prevent waste from going to landfill or polluting natural environments makes a difference. Small changes that add up:

In conclusion, overpopulation and overconsumption are of great concern for the natural environment and human life.

Scientists have long been warning us of an impending ecological collapse that could end life as we know if for humans and the planet itself.

Overpopulation solutions are complex and multifaceted but there are solutions and at an individual level, there is a lot we can do to mitigate the environmental impact of our existence and continued population growth.

The choices we make day-to-day and the causes, initiatives, and industries that choose to support all make a difference in how we consume resources and how the consumption of those resources impacts the planet.

Everything Connects: Effects of Human Overpopulation

Slate: About That Overpopulation Problem

The Balance: The Environmental Impacts of Overpopulation

Vox: We’ve worried about overpopulation for centuries. And we’ve always been wrong.

World Bank Blogs: Female Education and Childbearing: A Closer Look at the Data

Overpopulation occurs when the number of people on earth surpass the earth's carrying capacity. Too many people, consuming too much in terms of natural resources. Read the full guide for more detail on what overpopulation is.

How many people are on earth now?

There are currently around 7.8 billion people on the earth. Read the full article to find out more about the past and future numbers of people on earth.

Does overpopulation cause climate change?

This is a complicated question to answer but human activity is a leading cause of climate change and the more humans there are on earth, the greater our impact on the earth. Read the full article to learn more about how population and climate change are connected.